Home › Anecdote › THE CLOCK TOLLS, BUT SOMETIMES NOT SO MUCH

THE CLOCK TOLLS, BUT SOMETIMES NOT SO MUCH

Owen has clocked us. Whereas I used to have one grandmother clock in the dining room that I got from my first husband as a second anniversary gift — received while I was in the hospital during my long, long recovery from spinal surgery — which no longer ran, I now have four chiming clocks (one grandfather and three windup wall clocks) and one international clock which shows the time pretty much everywhere in the world. 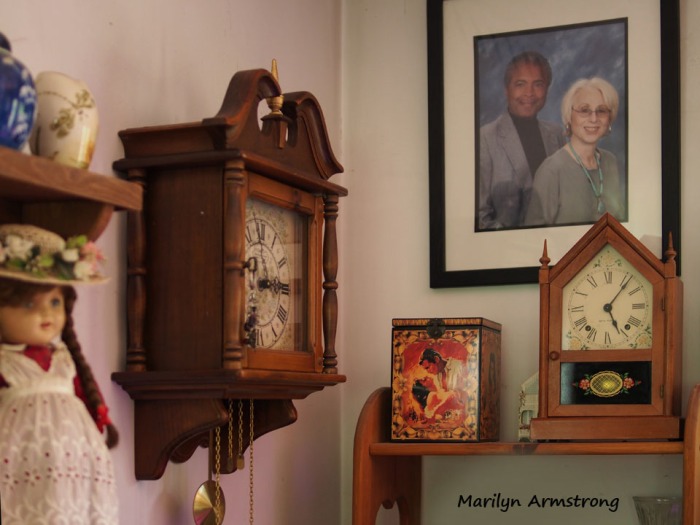 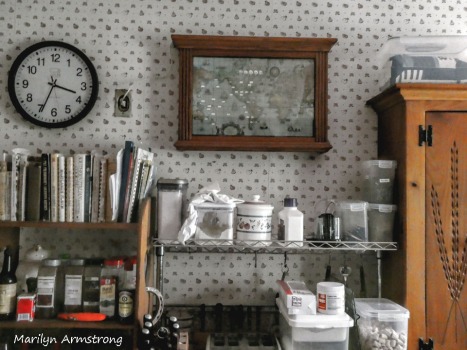 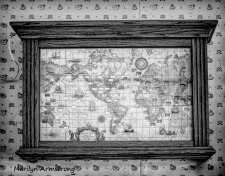 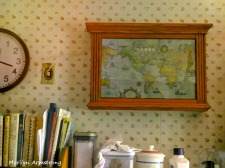 The grandfather clock was doing very well, but recently stopped running. It probably needs a cleaning and that requires someone who knows how to do it. There aren’t that many people who know how to service big chiming clocks. Three of the four wall clocks chime, as long as Owen remembers to wind them. The world clock doesn’t chime and we have a plastic imitation clock that Garry got as an award at some point during his working life that doesn’t chime and also doesn’t keep time, but his name is engraved on it so it has a place on a shelf. 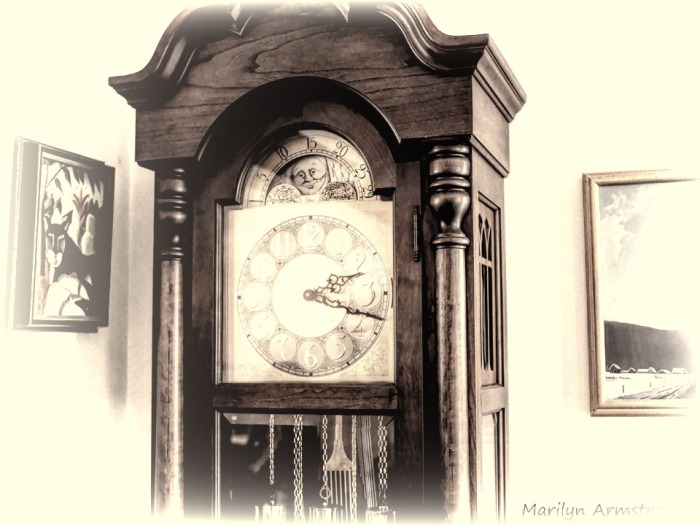 Downstairs, Owen has at least 10, maybe 12 chiming clocks ranging from grandmother-size to big grandfather-size. And a few chiming wall clocks. When his clocks start to ring, it sounds like a cathedral. I rather like the sound, though not everyone enjoys the noise. It’s more or less music to my ears. 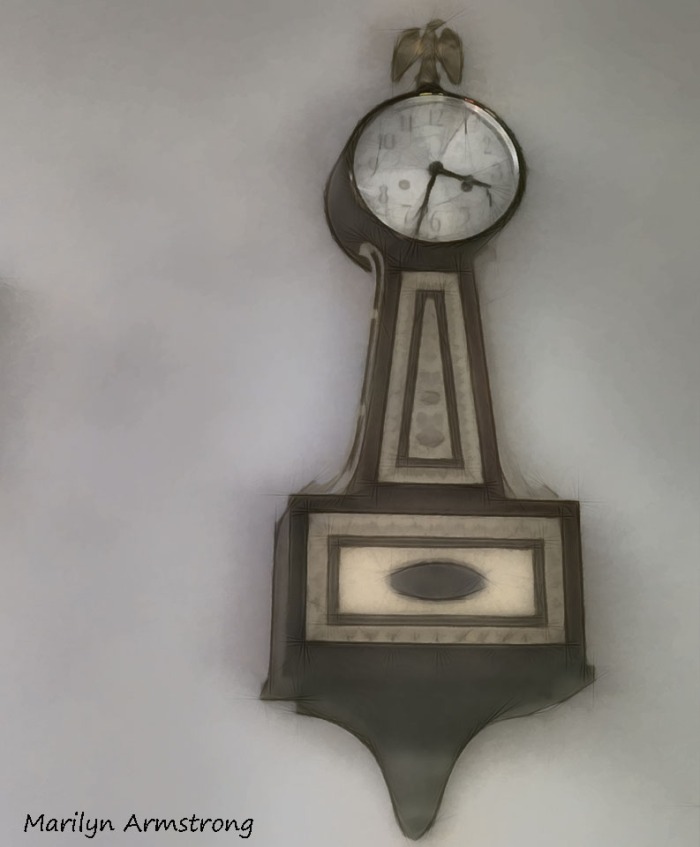