Home › Boston › BIRDS ON A MONDAY AND A THIRTIETH ANNIVERSARY EVENT

BIRDS ON A MONDAY AND A THIRTIETH ANNIVERSARY EVENT

Today is the day before Garry and my 30th anniversary. It’s been a long time a’coming. I spent the day taking too many Tylenol and finally going to the hospital to get a COVID test because I’ve been running a low-grade fever for weeks and I feel like my head is going to explode. Today is our 30th anniversary. No one thought we would survive a year, much less thirty of them. But as different as everyone thought we were, we were extremely similar in many ways. Stubborn, born fighters, never-giver-uppers. 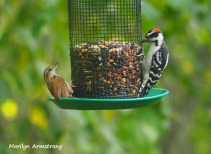 Garry is far more given to that male habit of saying “Let’s talk,” then stalking out of the room as soon as you don’t agree with him, but that’s a guy thing. I expect him to understand … but husbands do NOT understand. They suffer listening to us, something Garry didn’t have to do until he got really much better hearing aids. And yet — we agree politically. We both read and write and research. We search for truth — and we find it. We have both worked hard for awful bosses and understand each others’ moans and groans.

Emotionally, we are a man and a woman, the two most incompatible creatures on earth, but intellectually we are exceptionally well-matched. You’d be surprised how far that can go in a relationship. And very attracted to one another too, which doesn’t hurt either. 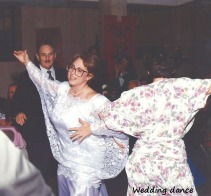 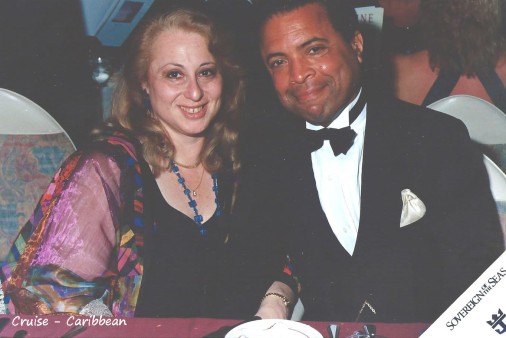 We can’t go anywhere special for dinner, We can’t buy each other presents, though Garry made a special little video for me. I took some birdy and squirrelly pictures. Because the birds and the squirrels were very busy this morning.