Last night, I started reading a book titled “1969: The Year Everything Changed” by Rob Kirkpatrick. Since 1969 is my favorite year, I thought the book would bring back memories and remind me of those golden olden days. It didn’t. I don’t know anything about the author, but he obviously wasn’t there. The book reads like newspaper clippings joined together to “create” a book. There’s no feeling in it. No sense of the times, no sense of how we felt living then, in that time and being part of that world. It was a disappointment. Whether you lived through 1969 or not, don’t read it. It is full of opinions, dates, and events while being empty of feeling.

There’s no emotion in it. Not being a novel doesn’t mean it can’t have feelings or a sense of the times. Non-fiction doesn’t have to be a dry and dusty list of events and old reviews. The author was not there — and this is before looking up his biography. If he had been there, it would be a different book. Or at least that’s what I believe because you couldn’t live through those days and feel so little. 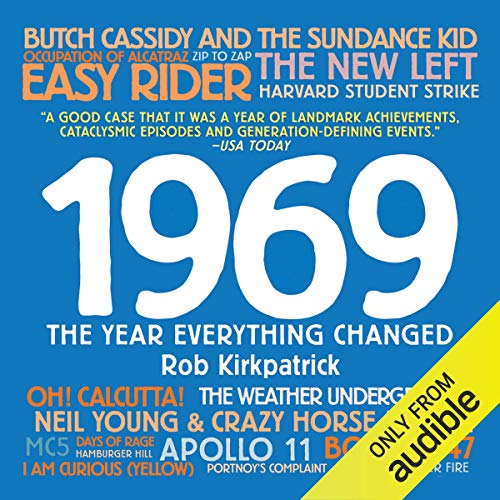 Putting together a list of things that happened does not make a book. It needs a little passion, some emotion. Some feeling. Because it was a special year, but this is not a special book. I looked up the author, just because I like to be fair. He graduated college two years after my granddaughter was born. He’s a literary agent and apparently a good one. Detail oriented. And he wrote exactly the book that a detail-oriented Ph.D. in English would write. Dry as dust and completely lacking in soul. Sorry Rob. I really wanted to love it.

1969: The Year Everything Changed – By: Rob Kirkpatrick

1969 was the year I learned to fly. The world spun faster on its axis. Everything changed. We had the best music and the most fun we’d ever have again. It was before AIDS, too. Sex was fun — and the worst disease you could get was something a doctor could fix with a shot of antibiotics.

Neil Armstrong walked on the moon in July 1969. I watched it unfold. I was a new mother with a 2-month old baby boy. I wasn’t working yet and was finished with college. I was at home with the baby, not working, no studying. I had time to see the world unroll.

We were going to make the world a better place, end war. End bigotry, race prejudice, inequality. Turns out, it didn’t quite work out the way we planned, but our hearts were pure, even if we were also stoned.

It was a great time to a job because the world was opening up, even for women. You could still get an interview with a live person who might actually hire you. We had hope and we believed. I saw Neil Armstrong walk on the moon. We saw it on CBS. It was obvious that Walter Cronkite wanted to be up there too. Up there, with Neil and the rest of Apollo 11. He could barely control his excitement, almost in tears, his voice breaking with emotion. The great Arthur C. Clarke was his guest for that historic broadcast. Neil Armstrong died a couple of years ago. He had a good life. Unlike so many others who fell from grace, he remained an honorable man: a real American hero. 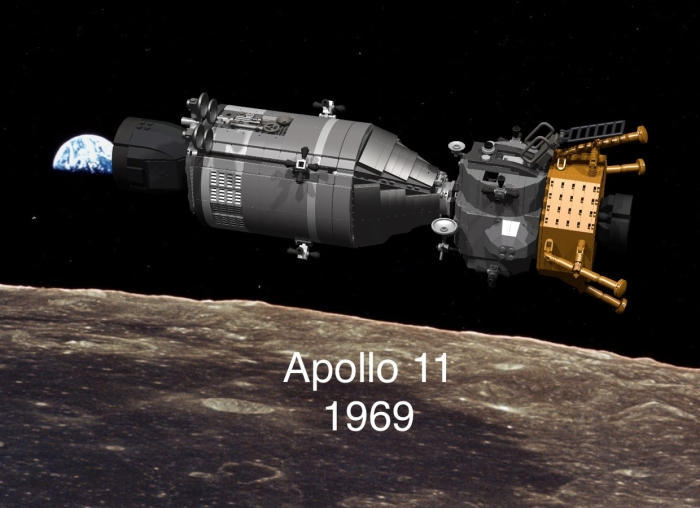 How I envied him his trip to the moon. Maybe the Mother Ship will come for us. If they could fix the old folks on Cocoon, maybe there’s room for Garry and me. Off to the stars? Sounds like a good deal. Earth, these days, is a total bummer.

Woodstock was that summer. There were rumors flying about this amazing rock concert that was going to happen upstate. I had friends who had tickets and were going. I was busy with the baby and wished them well. Hippies distributing flowers in Haight-Ashbury, but I didn’t envy them. I was happy that year, probably happier than I’d ever been and in some ways, happier than anytime since.

I was young, still healthy. I believed we would change the world, end war, make the world a better place. I still thought the world could be changed. All we had to do was love one another and join together to make it happen. Vietnam was in high gear, but we were sure it would end any day … and though we found out how terribly wrong we were, for a while we saw the future bright and full of hope.

I had a baby boy and sang “Everything’s Fine Right Now” which I first heard sung by the Holy Modal Rounders at a local folk music club. They were the most stoned group of musicians I’d ever met, but the song was a great lullaby. It made my baby boy laugh. It was the year of the Miracle Mets. I watched as they took New York all the way to the top. A World Series win. 1969. What a year. I rocked my son to sleep and discovered Oktoberfest beer. New York went crazy for the Mets. It should have been the Dodgers, but they’d abandoned us for the west coast. I wore patchwork bell-bottom jeans and rose-tinted spectacles. I had long fringes on my sleeves and a baby on my hip. Music was wonderful. We believed we could do anything. We were going to end war and right every wrong. Just as we found the peak, we would immediately dropped back into the dark valley. For a year, though, one great year, the stars aligned and everything was as it should be.

Decades passed. Being young was a long time ago. We use lots of drugs, but they control our blood pressure, not our state of consciousness. They are no fun at all. I worry about Social Security and Medicare, the state of the planet and whether or not we will ever get out of quarantine. I know I’m not going to fix anything. I’ve lived a lifetime. My granddaughter is older than I was in 1969. I’ve remarried, lived in another country, owned houses, moved from the city to the country, and partied with a President, but 1969 remains my year.