TO PROTECT AND SERVE – Garry Armstrong

Policing in the United States is a hot button issue, particularly policing in minority communities. The George Floyd case is but one of many police-involved incidents that has cast a harsh light on the disparate way law and order is metered out in communities of color.

It’s a social issue. It’s a political issue. It’s a civil rights issue. It’s an issue that the Biden administration has vowed to eradicate — assuming that’s possible in this day and age when racism is alive and more virulent than ever.

I’m a man of color, just a couple of months away from my 79th birthday as I write. I saw the policing issue up close during my 40 plus years as a TV news reporter. Many times I found myself in the middle of violent chaos with angry voices yelling the N-word, Uncle Tom, and pigs. Reporters were viewed with the same distrust, skepticism, and anger as were the police who were on hand to diffuse the situation. 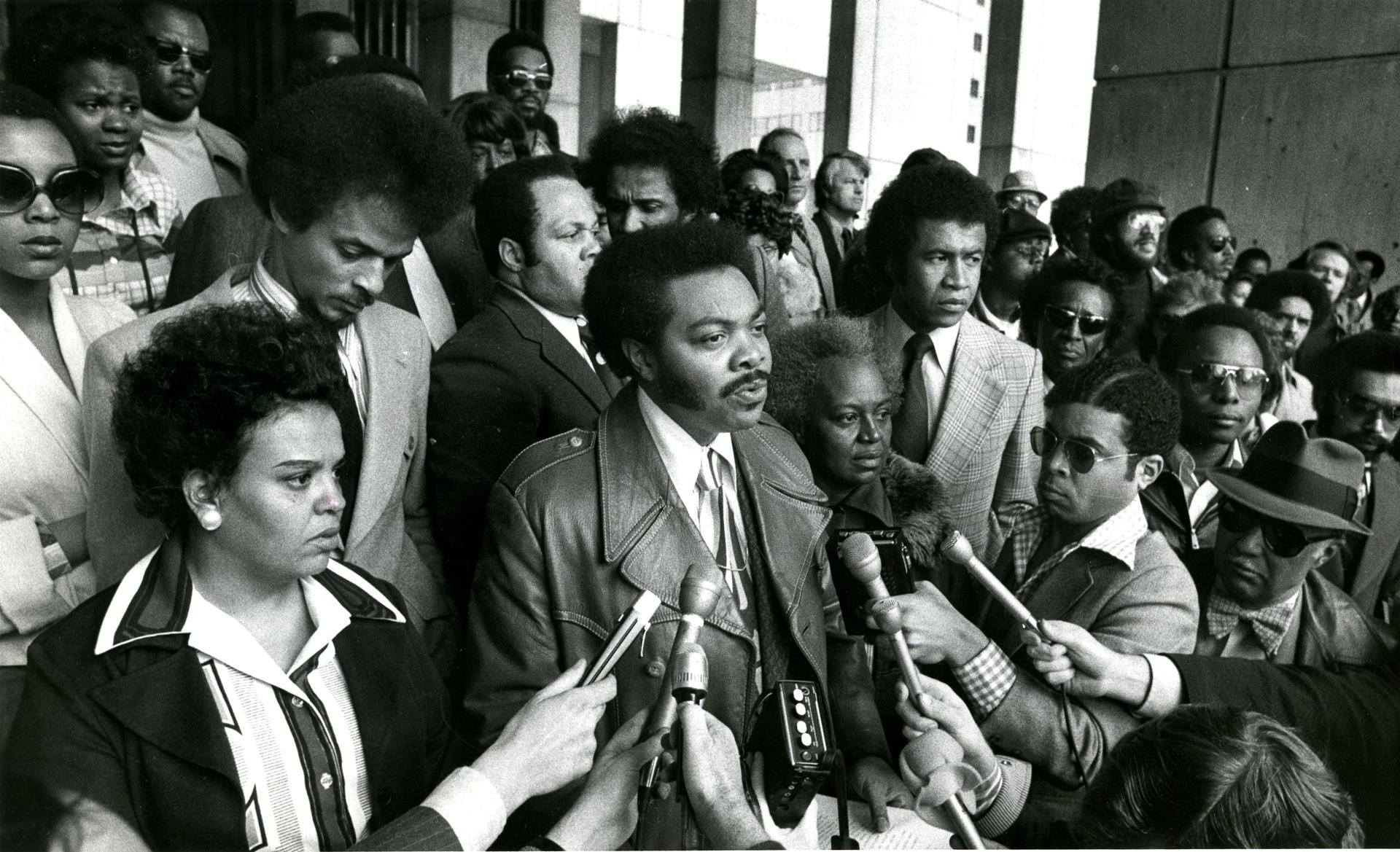 Today, the police and news media face the same bias, fueled by the previous administration and its followers. Who do you trust? I can only speak from personal and professional experience. It’s far more complicated than we’ve been led to believe. During my professional years, thanks to camera crews who often had close bonds with police officers, I found myself literally up close and sometimes in the line of fire in dangerous situations on city streets.

Reporters were typically warned to keep a safe distance. Reporters (like me) hell bent on getting the story, didn’t listen. That’s how we got those extreme closeup views of life and death struggles. They aren’t nearly as glamorous as what you see on television or in the movies.

Was it scary? No. When you’re working, you’re “in the moment.” You’re focused on what’s happening now, not on what might happen eventually. Usually, I was mentally taking notes. I had to track the “who, what, where, and when” which are the basics for objective reporting. With advanced technology, you would likely be doing live reports within minutes of the incident, whether or not the incidents were resolved.

There were always unanswered questions in those breaking news situations. It was difficult to answer the “why” question even if your eyes and ears told you it was another drive-by gang retaliation. You never knew for sure, even with eyewitnesses who often had their own axes to grind. The microphones were hungry, voraciously hungry for on-scene sound bites. The angrier, sadder, more bewildered people were, the better they made the grim TV news theater known as “if it bleeds, it leads”.

All too often the coverage never went deeper. Television is headline news. You rarely got to mine the situation to figure out the real cause of events. Mostly, it was “roundup the usual suspects.” Police investigators were not usually probed for more complex answers.

Complex answers didn’t fit into ten-second sound bites. Suits in TV Land often deemed such material “boring” and inessential for viewers who executives proclaimed were uninterested in “the complicated stuff.” It wasn’t true then and it’s not true now.

I lost count of the familiar community faces who asked why I didn’t dig deeper, scrutinize the police or compare this event with previous incidents. Many people felt reporters were too friendly with the police and were covering up for law enforcement. It was an ironic, double-edged sword as we tried to pry information from a community who thought it necessary to protect their own from “the establishment.”

Reporters were denied information. Police were unable to fully close their cases. The only constant were complaints about the news media and police who didn’t care. Keep in mind this was true half a century ago when I was a newbie learning the ropes of journalism.

My mentors had a mantra.

Ask key questions. Listen for answers.
Compare and compile your interviews.
Make sure all sides get equal time.

Great idea, but this kind of work demanded more time than a general assignment reporter could manage given the demanding schedule of TV news, local and network.

Local was more demanding because one story was wrapped to be followed by another and another with breathless wrap-ups for each newscast. The number of newscasts grew in number like rabbits in heat. The constant thread for reporters was police accountability.

I usually got “the real deal” from the men and women in blue. There was a line involving privileged information. A reporter had to do his/her own digging. I expected and anticipated this while I pursued police-involved stories.

There were some hard cases, some bad apples but I could usually work around them to get the answers I needed. Hard-working reporters usually had the respect of diligent police officers. You had to prove yourself. Reporters and police officers could be burned by phonies.

In the 1970s, the Boston’s Police were predominantly white and “old school.” It was peopled by many WW2 veterans with the social ethos of those who grew up in the 40s and 50s. As a young reporter of color, I encountered this mindset when I arrived in Boston. 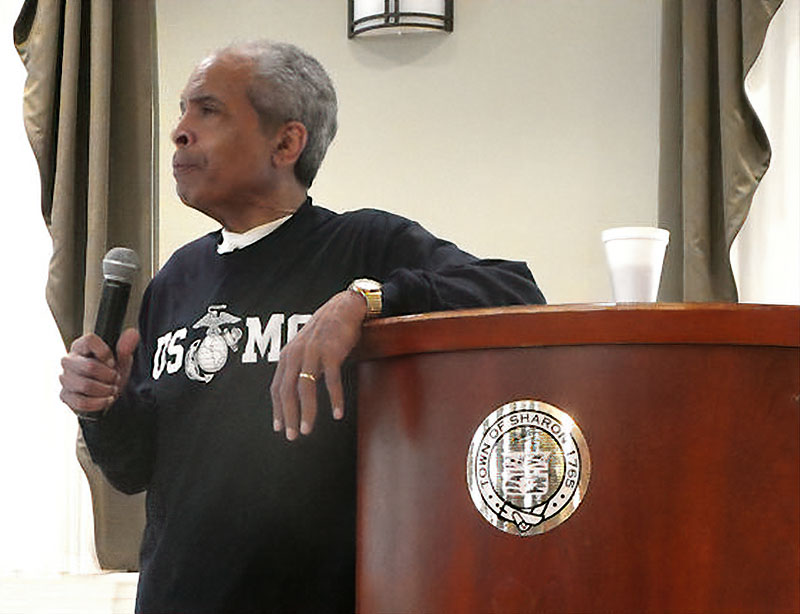 I’d already dealt with this generational divide during my three years at ABC Network News. My network education with a brief Vietnam tour gave me a sense of how to deal with Boston.

Boston cops reminded me of New York, L.A. and Chicago cops in their mindset and way of dealing with minorities. Racial slurs were tolerated if you were trusted and respected. That may sound contrary but it’s how things were in those days. I couldn’t use some of the language today that frequented my conversation with police and civilians when LBJ was opening doors for minorities. It’s crazy.

We have progressed and regressed.

Today, police are asked to do many things they have not been trained to do. We knew that 50-years ago when many pushed to hire experts to do the jobs for which the police were not trained. Many regarded such change as too liberal, too excessive. Some blamed police unions for refusing to give up some calls.

That was not quite true. For decades, even the staunchest unions leaders have known the rank and file are called upon to do too much with often tragic results. Why haven’t we moved forward by changing police responsibility?

Think about this before you hurl your next invective at a reporter or officer.