I just read the review of “Coming 2 America” by Aisha Harris. Her review reminds me of why I despise critics. She slashes the script, the acting, and the sequel’s premise. I have to wonder why? Are movies no longer entertainment? Does everything have to be depressing, meaningful, and dark? I’m bringing my movie maven reputation to this one. I acknowledge films that skate by on gloss and production yet are still entertaining. I also give a thumb’s down to sequels that are needless remakes made only for the kachings.

I think “Coming 2 America” can stand on its legs because of its script.  The authors cleverly wove together parts from the original “Coming To America” to give coherence to the sequel. Murphy’s search for his own way despite family objections is updated with his son’s search for his own destiny now barred by Dad (Eddie Murphy). It’s a familiar story line, but it is relevant and should resonate with people who were young when the original came out and are now older and perhaps beginning to forget who they used to be.

Murphy and his creative people kept this evergreen romantic story line clean and clear. The son is fighting the same battles Dad fought. You don’t need any psycho babble sidebars for love stories.

I would like to school the critic, Ms. Harris with the old Hollywood rom-com movies people have been enjoying for decades. I’m a sucker for romance. Boy meets girl, boy loses girl, and in the end, boy gets and keeps girl. It’s not reality. It’s entertainment.  Eddie Murphy has tapped into the same romantic vein mined by the likes of Jimmy Stewart, Van Johnson, Robert Walker, Judy Garland, Robert Taylor, Norma Shearer and all the way back to Janette McDonald, Nelson Eddy and the silent film sweethearts, John Gilbert and Greta Garbo. The difference? The screen players are Black with a celebration of our ethnic nuances. 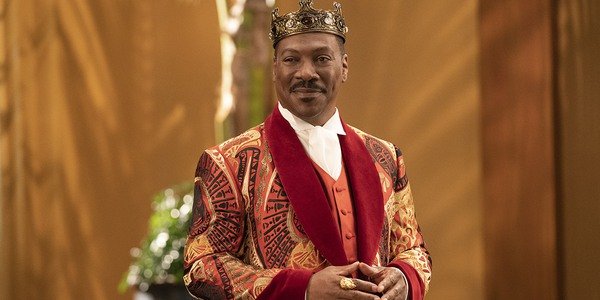 Ms. Harris knocks the movie for cultural gaffes, especially the way Murphy’s royal daughters are portrayed. I think clichés were avoided here. I loved it when the daughters were able to subdue Wesley Snipes and his villainous crew who saw them as easy prey. In a major production like this, there always will be missteps in certain character portrayals. The point is that Eddie Murphy obviously made an effort to embrace positive images for his prominent characters while allowing himself some fun with buffoonery in supporting players — like the barbershop crew and other neighborhood characters who offer sight gags that are usually funny. The nod and homage to “Trading Places” is a classic bit. Don’t blink or you’ll miss it. 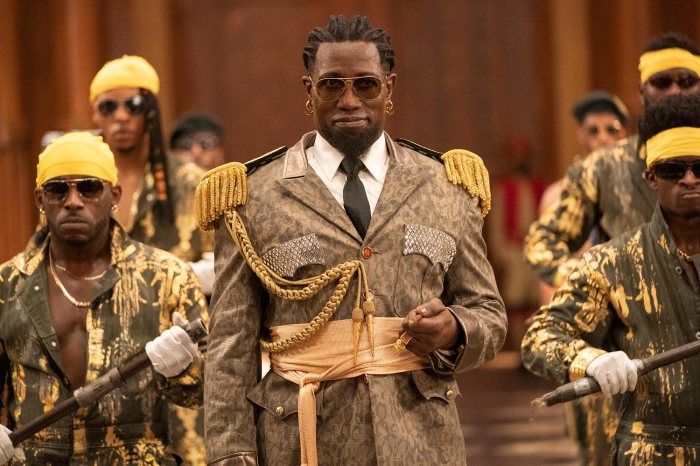 Consider legendary directors like John Ford who often sank into broad ethinc (Irish) slapstick humor and you’ll see Eddie Murphy has charted a familiar movie path without coarse parody. I still can’t believe Murphy also was the old Jewish guy in the barbershop. The multiple roles played by Murphy and Arsenio Hall should be applauded for their versatility. They receive too little appreciation from the critic. Does she think they just come automatically with the stars?

I’ve probably spent too much time here but undeserved negative criticism can really hurt a film which deserves its chance with viewers. “Coming 2 America” isn’t a classic but it certainly is \highly entertaining. It’s a relief for me from the cloying, vague, and depressing vanity films that are being hawked this year, none of which I have any interest in watching. I’m sure all the fans of “American Beauty” will think I’m not an art of the film fella. Too bad.