Home › #Photography › UP THE MOUNTAIN

Yesterday, we drove 320 miles from south central Massachusetts to Jackman, Maine. We are high up in Maine and 17 miles from the Canadian border … not one of the major crossing, either. We didn’t take a train or a plane because they don’t come here. I’m not sure there is even a bus route from anywhere to Jackman.

We drove. More accurately, Garry drove and I navigated. In our little, intrepid 2002 yellow Sunfire, packed with groceries, cameras, clothing, and computers. And we had as much adventure — not soulless, but adventurous in its own way — as we could handle. By the time you start collecting Social Security, adventure is redefined. 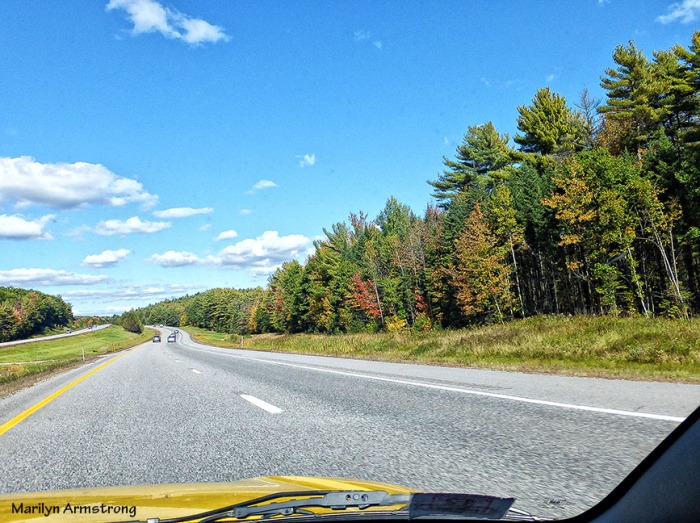 It was a long drive. It probably wouldn’t have bothered us even a few years ago, but time has taken its toll. I’m totally wiped out. I did take a few pictures on the way … on the road and in Bingham, one of the small towns between Skowhegan and Jackman. 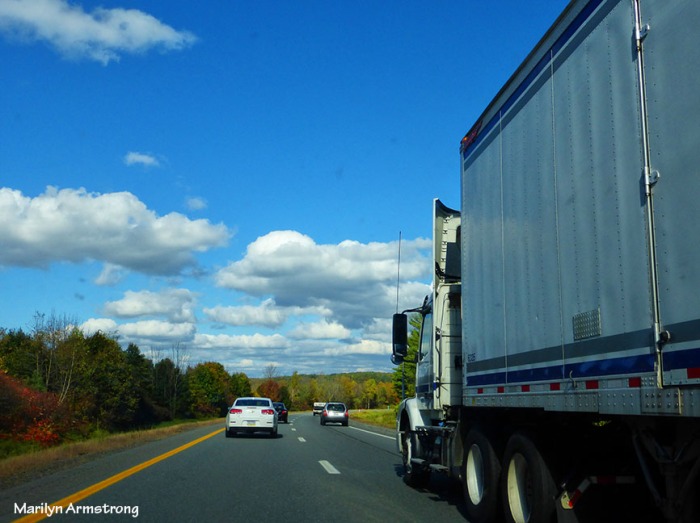 Traffic was  no problem. We had a lot of company en route, but it was moving. Our little car did some automotive huffing and puffing as we climbed the mountain. A lot of “moose crossing” signs, some with an array of flashing lights.

We decided the ones with flashing lights meant “No, seriously, there are a lot of moose around here,” whereas the unlit signs merely suggested many moose are wandering loose, so watch out. We kept our speed down … and watched out. 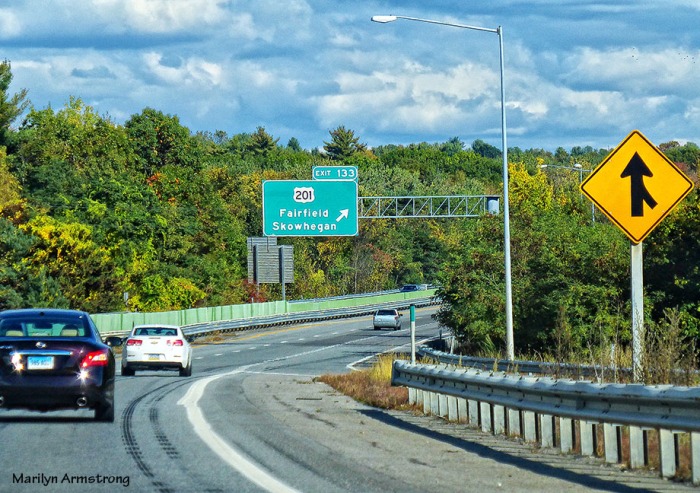 Although we saw a lot of “moose crossing” signs, we didn’t see any actual moose. I did see a great many hawks, chowing down and wheeling in the sky. Sometimes, a dozen or more of them. Outside of Portland (ME), an osprey flew across our prow, intent on some prey I assume … so close I could have touched him had we not been in a car.

After we turned off onto Route 201, we got serious about mountain climbing. Odd thing. All along the road, for miles, it was lined with crows. Just standing, watching the cars from the shoulder. A welcoming committee sent by Stephen King perhaps?

There are mountains and rivers to photograph and at least one place where I think I’ll have a clear west-facing view to capture a sunset. I have no way to photograph sunset where we live. Too many trees … and no mountains. 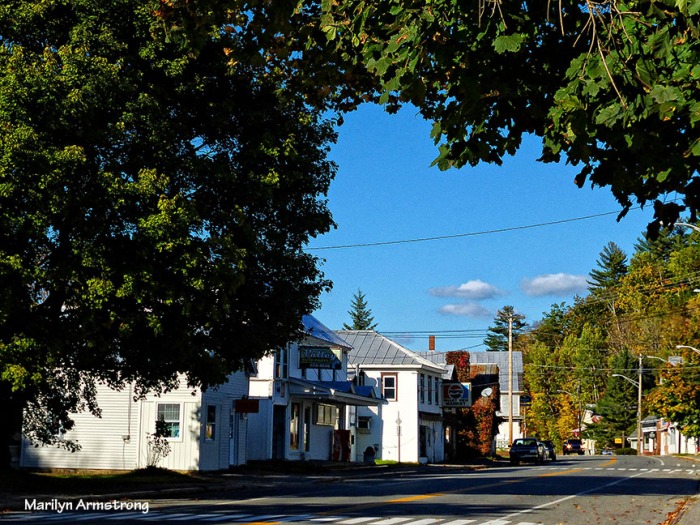 Just when we began to feel as if the drive would never end, we saw the mountains. Huge, blue, a bit misty. We had arrived.

And this morning, when I came into the kitchen to turn on the coffee — how quiet with no dogs to greet me! — the world was shrouded in mist and the sun was barely beginning to peek through. It’s going to be a beautiful day.

Tomorrow, I will tell you the story of how Garry and I — all 300 + combined IQ points — working as a team managed to figure out how to removed the gas cap, fill the tank with gasoline, pay for it, and drive away after remembering to put the gas cap back in place!

Did I say adventure or what? Maybe I’ll even tell you about the phone and … try to remain calm … it has got a cord!