People still collect them.  Perhaps not as ardently as they once did, but they still get them.  They order them online.  They print them at home. They might even go to the store to order them.  There is something about having it in your hand that beats looking at it on your phone or even your desk top computer.  At one time, taking your film to be developed and having pictures printed was a big thing.  A really big thing.

I guess there are still stores that specialize in printing pictures, but they are all online shops.  I can download pictures to the drug store and go get prints.  I can take a flash drive to Walgreens where a teenager will print my pictures and might even thank me for coming (okay, probably not the latter).

I have used online services to print vacation pictures in the past, but not so much anymore.  I usually keep them all on SD cards, flash drives and folders on my desktop.  This means I am not likely to find them if I need them in a hurry, unless they are still in my camera or phone.

Despite this drifting away from the printed photographs, I still have plenty of pictures.  I don’t mean hundreds, I mean countless thousands of them.  I know I could probably hold them all on a large flash drive or two, but that is now.  Then we had no other way to enjoy our pictures but to take the film to the photo shop (Fotomat?) and have them developed. 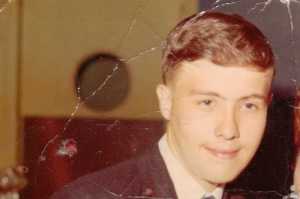 After dropping off a roll or two of film, we would anxiously wait up to a week to find out if we actually captured what we saw in the view finder.  If we really wanted a picture of something we might take more than one shot, but since there was no deleting a bad one and taking another, we would just hope for the best.  Film cost money, and prints cost money too.  There was no buying an SD card and using it over and over.  We had no built-in flash on our cheap cameras so we had to buy one use flash bulbs, flash bars, flash cubes or whatever was in fashion for the camera model we had.

My mother had every type of cheap camera there was over the years.  She used every film format that came along for small “pocket” cameras.  There was 110 and 126 film.  There were film discs, a short-lived idea.  There were cameras that had to be wound and others with auto advance.  When the camera broke, we would get another.  For a while there was even a Polaroid camera for the joy of instant prints.  The joy faded quickly, like the prints themselves.

When my mother passed away, we found a camera that had 126 film in it and most of the shots had been taken.  There is no telling how many years the film was in the camera.  It is a good bet she had not used the camera in 15 years, perhaps much longer since she had an odd collection of cheap, working cameras.  I could never find anyone to develop that film, and I do not live in a remote location!  I am sure there is someone who would do it, but I doubt it was worth the money it would probably take to get it done.  Perhaps it is washed out by now anyway.

Still, we have countless pictures from my mother.  The number tailed off at the beginning of the century.  A stroke in 2003 put an end to the picture-taking hobby.  By then, she had boxes and bags full of pictures.  Many were in the photo envelopes you got back from the developer.  Fortunately, most of those were dated.  If the date was summer but they were Christmas pictures, then they were from the previous Christmas.  Mom was not too quick about getting to the Photo shop or Osco Drug to get them developed.  Was the joy in just going around family events with a camera in hand? 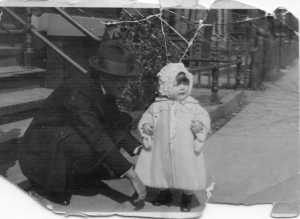 In the year that followed my mother’s death at the age of 88, I spent a lot of time shipping off hundreds of pictures to my brother, sometimes in frames, and organizing the rest into bags.  There are the 1920’s and 1930’s, clearly taken by someone else.  The 1940’s were not a particularly big collection, but the decades that followed contained many pictures.  Despite the ones my brother now has, I am left with more than I could count.  What to do with all these pictures? 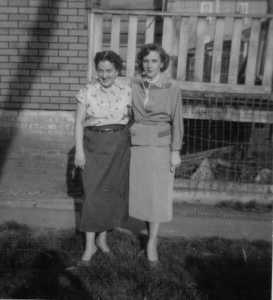 The months organizing them into decades and shipping some off was all the nostalgia I needed from this group.  I doubt seriously I will ever haul them out of the closet to look at them again.  In whatever years I have left on the planet, I can not imagine spending time gazing at these memories, especially since some are best forgotten.  But I could not imagine dumping them either.  What would you do with thousands of prints?

After contemplating the matter for a while I realized that the parents of my living cousins are in many of these pictures.  Many faded photographs may be welcome at the home of these first and second cousins for the memories they contain, even if they are “covered now in lines and creases.”

The Curley’s are back! Ring the bells … and there’s a new piece from Tom. About … water beetles.