From The Battleground, by Rich Paschall 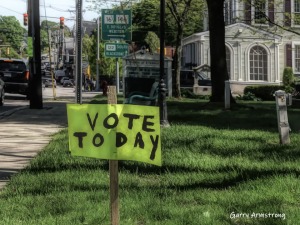 Many were expecting a Blue Wave to wash over Washington and take away the Republican Party in a sea of reason and renewal. It was believed that the American people would collectively come to their senses and remove the hypocrites and liars from office. Depending upon how you look at it, the election was barely a ripple. In fact, while the orange menace may have been removed, it was more of a red sea than blue.

It was expected the Democrats would make gains in the House and possibly take the Senate majority as well.  Not only did they lose a significant number of seats in the House of Representatives, but they may also have failed to take control of the Senate. How can this be, you may ask? What happened to all that enthusiasm over a blue Congress?

Let’s face it. All that advertising by celebrities and sports figures, the NFL, MLB, and NBA, the local and national television networks, and businesses of all kinds were aimed at bringing out the blue vote. Surely an increased vote would mean victory for Democrats. So what happened? 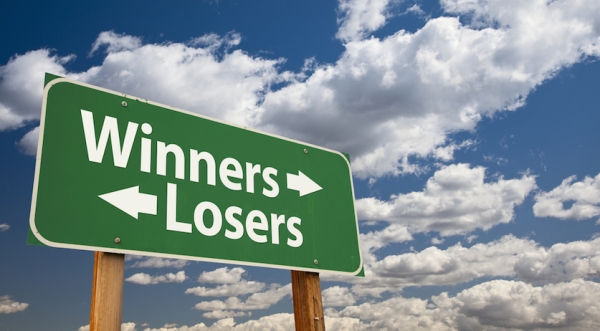 What energized the left also energized the right. Republicans could see there would be a big increase in blue voters compared to 2016, and they knew they had to turn out the vote as well. Some would say they also had to make efforts to suppress the blue vote as much as possible. We saw that happen in a number of states. The success of these efforts is hard to measure but likely helped the red cause somewhat.

Republicans brought 40 different ballots and voting cases to the courts across the nation in efforts to suppress the vote. Less polling places and limited drop boxes were meant to favor Republicans. Strict signature matching policies were sought as a way of having mail-in ballots challenged.

Kentucky’s Jefferson country, which includes Louisville, normally has 270 polling places but this time they only had eight on election day. That was up from just one for the primary. Jefferson County has over 643,000 registered voters. Apparently, they were discouraging urban voters and people of color from voting. Yes, Mitch McConnell was reelected.

Trump also encouraged armed “poll watchers” to turn out for the election. This was as much of an effort to intimidate voters as it was to watch for polling irregularity. Some may argue if there were any irregularities they were on the Republican side.

For months now, the orange one has been claiming massive voter fraud. Not once has he backed that up with any proof. Further, the FBI has found no reason to believe there has been any major voter fraud. Of course, there were the very suspicious activities of the Postal Service in some areas, but that was apparently orchestrated by Trump’s Postmaster General. Many believe he was put in place solely to disrupt mail-in voting.

“Every kingdom divided against itself is laid waste, and a divided household falls.”  – Luke

So what does all this say about America and American voters? Is the large turnout a victory for Democracy? Does this show that we are a shining beacon of Freedom, setting an example for the world? Far from it.

This shows each side will raise massive amounts of money in order to buy the election. Voters are clearly swayed by political advertising, no matter how misleading the ads may be. If Mitch McConnell can outspend his opponent and suppress the vote in areas likely to vote blue, then he can maintain his grip on the Senate and a stranglehold on the throat of Democracy.

The election shows that America is more divided than we realized. Half the nation is everything we hoped they would not be. We believed a vote for Trump would not be a vote for freedom but support for his hate speech and destructive policies. Trump made no effort to unite America but instead worked hard at driving a wedge between the red and blue sides of the aisle. Aided by the work of the Hypocrite in Chief, Mitch McConnell, Trump tried to ride his “us versus them” approach to a second term in the White House.

“He who brings trouble on his house will inherit the wind…” – Proverbs 11:29

We were hoping a Blue Wave would be a repudiation of Trump’s attacks on science and his lack of a plan to combat the pandemic. Instead, it looks like we will continue to hold the worldwide lead in the number of coronavirus cases per day for a little while longer. Worse yet, experts are predicting a tripling of deaths per day in the US by January. You would think we could all call for unity on the nation’s health.

We have shown the world we are a nation half-filled with haters, many uneducated, who are willing to suppress democracy to preserve their racist views. We had chosen a leader more interested in himself and the rich than in helping others, and almost half of us wanted to keep it that way. We have shown that a president, supported by an equally avaricious and corrupt majority leader, was willing to sacrifice anything and anyone to maintain power. We have proved to ourselves that division is more important than unity. We have shown to the world we are a house divided.

In my opinion, it will not cease, until a crisis shall have been reached, and passed.
“A house divided against itself cannot stand.”
I believe this government cannot endure, permanently half slave and half free.
I do not expect the Union to be dissolved — I do not expect the house to fall — but I do expect it will cease to be divided.
It will become all one thing or all the other.
— Abraham Lincoln