I haven’ t been getting out much since winter began. I can’t get it together with stomping through snow, or rain, or mud. I’ve gone to the doctor with Garry and the grocery store a few times. I’ve even gone out on the balcony and shot a few pictures there.

But mostly, I’ve been in the house. Reading — or more accurately, listening. Except I’m also reading (text reading) too.

In between, when my dogs do something particularly cute, I grab a camera and take a few pictures. 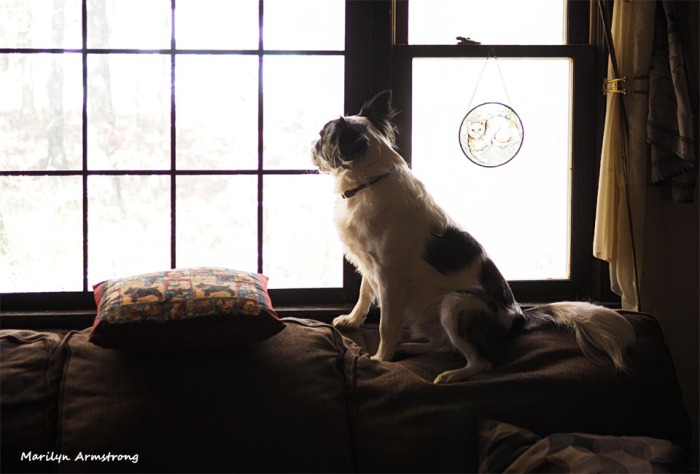 I was watching The Duke standing on top of the sofa, watching outside. The neighbors must have been outside. Whenever they emerge, he goes completely wacko. Anyone would think they’d done something bad to him! He tries to fling himself through the dining room French doors by knocking down the gate.

Then he races to the living room, stands on the top of the sofa and growls. Barks. And finally, stands in front of us and whimpers. He really has a spite on those people. You’d think they did something bad to him, wouldn’t you?

Sometimes, he just likes to stand watch on the back of the sofa. He likes the height. It gives him a great view of the neighbors driveway.

“Duke, it’s the neighbors. They live there. They aren’t going to leave no matter how much you bark. Calm down! Garry, did you give him his Prozac?”

I took some pictures. As soon as he saw me with the camera, he decided he needed to get really close to the lens. If I try to back off, he’ll just move up on me, so I do the best I can. 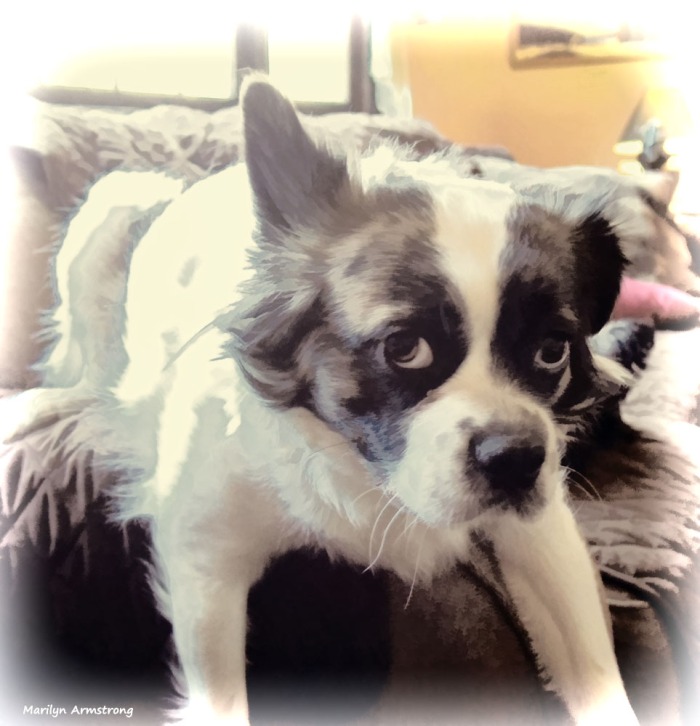 Duke is a pretty good subject, though. Unlike Bonnie and Gibbs, he has enough white in his coat to reflect light and be visible, even if the room isn’t very bright.

He is a good boy. Total wacko, of course.