WAIT TILL NEXT YEAR – Garry Armstrong

If you’re reading this today, it’s the 29th of September. It’s the end of the regular major league baseball season. Two-thirds of the 30 big-league teams, who had April dreams of grandeur, head home to ponder what went wrong.

“Wait Till Next Year” also was blues anthem for the Boston Red Sox who went without a world championship from 1918 until 2004 — almost 9 decades — usually losing to those same damn Yankees.

This year, the World Champion Red Sox are again wailing the blues, unable to repeat last year’s phenomenal success, their season for the ages.

The suits for the 20 teams who failed to make it to the postseason, will soon be in “spin mode.” We’ll all hear about how great things will happen next year. You can believe the jibber jabber of their hot stove league rhetoric. How they’ve solved all their team’s problems.  You can believe it as you’re shelling out big money for season tickets to see your team reach the promised land.  (“See the rabbits, Lenny?”)

Wait until next year is also the slogan for the myriad Democratic presidential wannabees trying to unseat the current squatter in the Oval Office. We’ll have a better sense by this time next year who’s the top gun meeting the incumbent in the ultimate political showdown.

We certainly have plenty of diversity from which to choose, but there’s no one with the certainty of Paladin’s “Have Gun-Will Travel” assurance to clean up Dodge which is slowly sinking into a swamp bigger than any seen since the Earps cleaned up Tombstone.

And as of this moment, Warren has the lead — which is fine with us!

The boss of the White House gang is shiftier than Liberty Valance. No one seems to be able to get an upper hand.  It would seem appropriate for the political farmers and cattlemen to put differences aside and band together to deal with Donzo and his Desperados.

Wait until next year is also the unofficial slogan here at the Kachingerosa. Next year, Marilyn and I will celebrate our 30th wedding anniversary. I hope it’s a memorable shindig.  In 1990, the handicappers weren’t sure the newlyweds had the stamina, trust or fortitude to go the distance.  We looked good but the external youth would undergo changes over the next 3 decades. 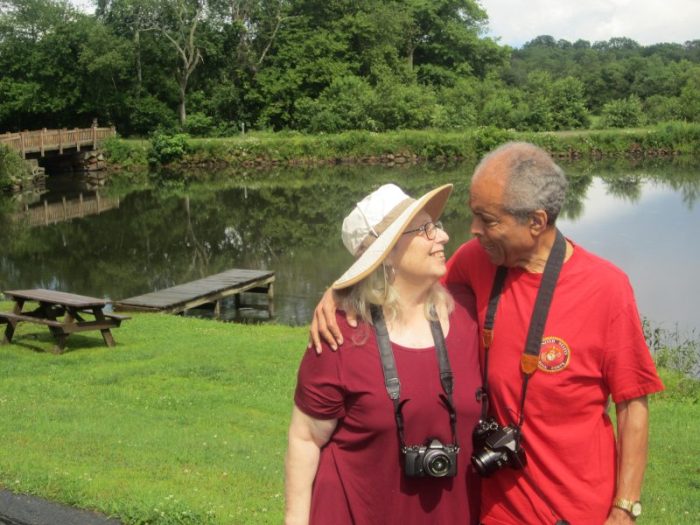 Garry and me – Thank you Rich!

Our furry children think the world of us. They’ll vouch for our love and steady hands doling out the treats. I’m not sure what Las Vegas is saying about us. All I can say is we’ve got a good track record, pretty good breeding, and we’ve overcome more than enough adversity.

So place your bets, go with your guts, put a little money on us – and “Wait Till Next Year”! And hold your breath because these are battles we need to win.

Like Loading...
‹ ONE THING I DID NOT WANT TO BE – Rich Paschall
MORPHEUS, YOU HAVE CLAIMED ME – Marilyn Armstrong ›