Home › American history › WHERE DO WE GO FROM HERE? – BY TOM CURLEY

WHERE DO WE GO FROM HERE? – BY TOM CURLEY

It wasn’t newsworthy when it became the cover of the Daily News. Everyone knew our ”Commander In Chief“ was nuts and most of us had known it for as long as he had been in office. Many of us knew before the election, which is probably why we never believed he would be elected.

His nuttiness didn’t matter when he was on “reality TV,” but when he somehow got elected, it mattered. A lot. So what was newsworthy was that the story was on the front page. The incident that caused everybody to notice he was nuts wasn’t the story.  The story was that the President of the United States is wingding wacko.

I wrote a post pointing out that this ought to be the story on which the media focuses. Since I wrote that post, exactly what I expected has happened.  The press is covering his insanity more and more. They can’t stop. Even if they wanted to stop, the news business would never let them stop. Trump’s craziness sells the news.

Whether you like him or hate him, he is suffering from a severe mental illness. The diagnoses vary, but he is ill.  You can be as sympathetic as you like about people who have a mental illness, but that doesn’t mean you want one running our country.

We all have family and friends who suffer from dementia, Alzheimer’s, narcissism, and much more. When they reach a certain point, someone with a clearer mind needs to take control of the situation.

But there’s one thing you don’t do.

YOU DON’T MAKE HIM OR HER THE FRIGGING PRESIDENT OF THE UNITED STATES!!!

In almost all TV cop shows and movies, the bad guy, usually a mad psychotic, a mad genius or a mad psychotic genius, is always one step ahead of the good guys.

For at least the first half of the show, the good guys keep getting caught in the bad guy’s traps.

Or (and?) the bad guy keeps escaping at the last minute.

Inevitably, at some point (usually about halfway through the show) the chief good guy says: “We’re constantly playing catch up. We gotta get ahead of this guy.”

This is when someone on the team, usually the brilliant but nerdy computer expert, finds a tidbit of information that enables the good guys to capture or kill the bad guy. The end. Stay tuned after the break for scenes from next week’s episode.

Three years after his inauguration, we’ve learned a few things:

He is the one writing all these insane executive orders even when every sane member of his cabinet (are there any sane ones left?) screams “NO NO, don’t DO that!”  Naturally, he has dumped all the nay-sayers as soon as they said nay. You just don’t say “NO” to El Gigantico Egotistico.

We are living in a very bad Reality Show and are in the final quarter of what is either the final quarter of the show or the closing of the first half. The media are constantly playing catch up. They continue to react to every insane tweet and blatant lie. Every horrific executive order. This is not going to work. The press has to get ahead of him. We don’t need a brilliant but nerdy computer genius to do it. 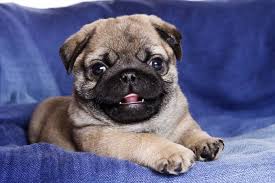 He obsessively watches cable news.  He then goes off on a twitter rant over whatever it is that he sees. This includes his own impeachment. Rumors to the contrary notwithstanding, I doubt he even understands what it’s all about having never read the constitution or anything else.

The point: “Is The President of the United States Mentally Ill?”

That by itself should be sufficient to take him out of office. Crimes and lies aside, he is not capable of running this country.

This is something both my wife and I are intimately familiar with. Both of our exes suffered from the former. Here is a test sample question from the Diagnostic and Statistical Manual of Mental Disorders. The DSM-V.

Any of that sound familiar?

If THE PRESIDENT OF THE UNITED STATES IS MENTALLY ILL, he should be removed from office. Going under the assumption that impeachment won’t work, whoever is nominated needs to make it very clear that this insane man should not be president of this or anything else.

We gotta get ahead of this guy.