Don’t bite the hand that feeds you!

Sometimes the dogs get overly excited about whatever treat I’m holding. Gibbs got too enthusiastic about raw meat. When I trim the meat before cooking it, he got all worked up and sometimes took not only the meat but a piece of finger too. He got over it. It took a few months until civilization caught up with him.

Bonnie is more dainty. After she gave up puppy nipping, she has never done it again for any reason. But she has been with us from her earliest days. I doubt she can even imagine a home that isn’t here.

We did have to teach the Duke to leave the hand, just take the food. Now he is very delicate and careful. It took him a while to learn to leave some space between meat and finger. Now he waits patiently and has even given up jumping on us in the hopes that we have saved a little extra something in a pocket. 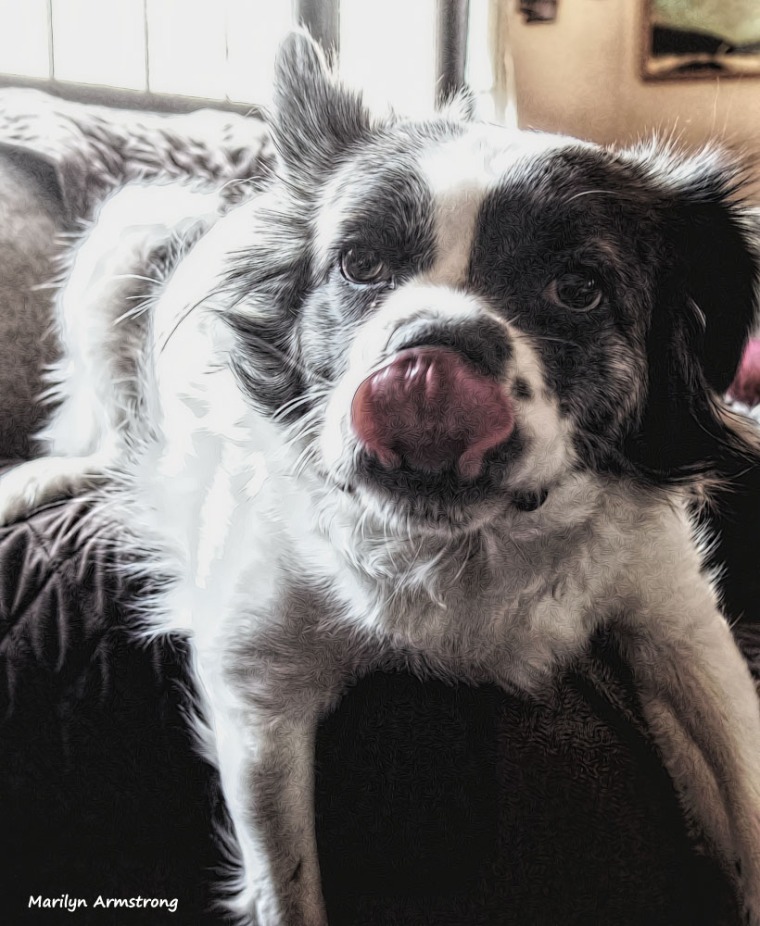 Our dogs do not really get this message and need to be taught. They always look very upset when someone yells OW after they’ve grabbed food and finger. They don’t mean to bite. It’s just enthusiasm.

So while, in theory, one should not bite the hand that feeds one, nonetheless, it occasionally happens. We just hope that the hand and the brain to which it is attached understands it was accidental.