Home › Nature › Fire At the Heart

Fire At the Heart

My teepee had a firepit. I lined it with fireplace tiles, then added a surround of old red brick. It was a big pit for a small teepee, but logs come in a lot of different shapes and it was easier to leave extra space to accommodate the bigger and odder-shaped pieces than try to figure out how to fit them into a smaller pit.

It gets very cold in winter in New England. In the deepest part of the winter, with the temperature well below freezing and several feet of snow on the ground, I liked going out to my teepee to spend a few hours by a fire. It was the most peaceful, private place in the world, one of the few places I felt really relaxed and at peace. 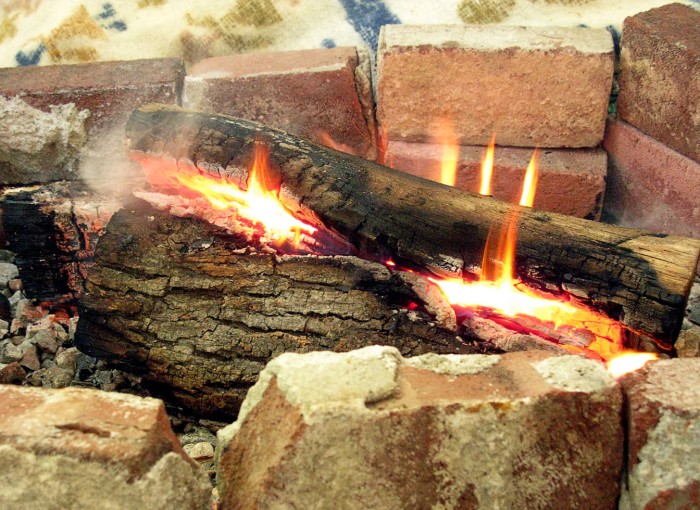 I learned to build a fire very fast. In fact, I got so I could get that fire going in less than a minute. Of course, that’s not counting however much time it took to bring in the logs and stack the fire properly so it would catch and burn properly. 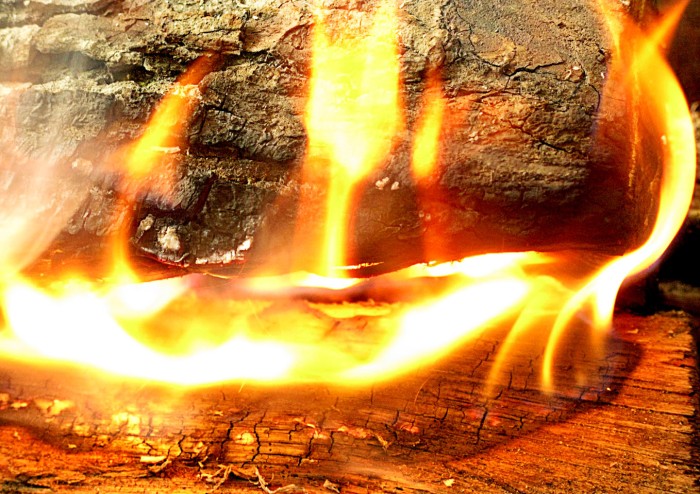 A teepee fire needs to be bright and hot so the smoke will go straight up the smoke hole. In essence, a teepee is a chimney with room for other stuff. If you build the pit and the fire correctly, there is very little smoke and a lot of heat.

Once the fire was going, the teepee, which had a lining to help insulate it, got very warm. I often had to open the door and sit half in and half out because it was so warm inside. And no, despite crackling and sparks, the teepee doesn’t catch on fire. It looks like it will, but it doesn’t, though I wouldn’t leave a fire unattended. Then again, I won’t leave any fire unattended.

A fire in a teepee on a snowy night is magic.