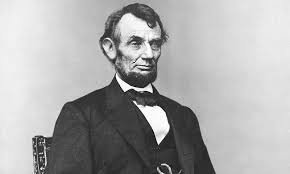 For Herbert Hoover, it was the Depression.

For FDR, it was The New Deal.

You get the point. So, what will the legacy of the current occupant of the Oval Office be? Will it be that an ignorant, moronic, racist, misogynistic, narcissistic, senile asshole should probably not be the President? 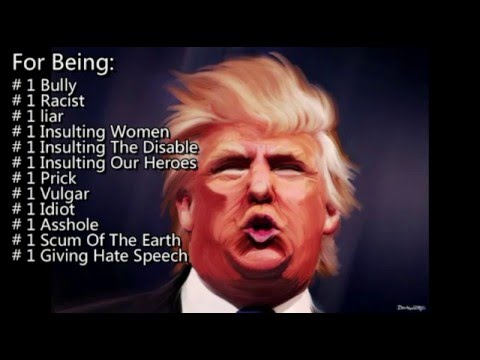 Well, sure, that’s a given. But I think his legacy will be even more than just the obvious. He will be remembered for something far more profound.

The President of The United States gave the mainstream media a great gift. A gift they never could have gotten on their own. Newspapers, cable news, network news — especially network news — finally got something they could never have gotten any other way!

This is the best gift ever!

The President made it OK to say shit on national TV. Watching it happen was a wondrous event.

The story was that SCROTUS described countries like Haiti and African countries as “Shitholes” in front of a bunch of Congressmen. The story exploded, like every other stupid thing he does. But this story was different. Something new happened. I was wandering thru the news channels as it happened.  And it was awesome. It was adorable. It was like watching a child speak for the first time.

Haiti is a shithole!

Initially, everyone was hesitant. They all didn’t say shithole, they said “The S-word”. And all the chyrons, the lower thirds, all said “S#@THOLES”.

All the cable news anchors fell all over each other saying how much it disturbed them to have to say a word they don’t want to say because it’s so vile. So they said “The S-Word” And they said The “S-Word” as often as they could.

And then, as the evening wore on, I noticed something. The lower thirds suddenly said “SHITHOLE”.

Wow, I thought. And then like a puppy opening his or her eyes for the first time and seeing a new world, it happened.

Wow, this place is a shithole

Suddenly Rachel Maddow and all the others on TV took the leap. “The President said Shithole!” they all declared! And the flood gates opened up.

By the next day everybody was on the ‘shit-bandwagon’. Every headline had some play on the word shit.

There was not a “S##THOLE” anywhere to be found!

I realize at this point that many of you might not understand why I think this is so important. It has to do with the media. I know what I’m talking about because I’ve been in the media for over 40 years.

There are a lot of things the media can and can’t do, or should or shouldn’t do. But there is one thing that they absolutely can’t do. And that is they can’t say dirty words. To be more specific “The Seven Dirty Words”.

The seven dirty words? What’s that? Well, the words are from a George Carlin routine from around 1972.

The bit was about words you can’t say on radio or TV and the words were: “Shit, piss, fuck, cunt, cocksucker, motherfucker and tits.” 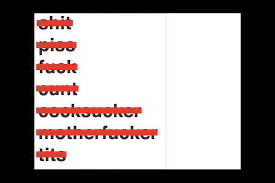 The record was played on a Pacifica radio station in NYC, WBAI. That lead to the FCC fining the station.

And that lead to a Supreme Court case. “FCC vs Pacifica Foundation.” It was a big first amendment case and what came out if it was a decision that the FCC couldn’t limit your first amendment rights, but they were OK banning the seven dirty words on mainstream media.

And that is a big thing if you work in the mainstream media. Many anchors have been fired for accidentally saying “fuck” on the air. It was instant death, you were gone. Period. And you have no idea how media people talk, especially  off the air.

I worked for the ABC Radio Network in the early 1970’s, WCBS FM in the late 1970’s and CBS News until today and I always marveled at how some news announcers could go thru an entire newscast hitting the mute button on their mike to yell at someone in between doing the actual newscast.

ANCHOR: In the news today, Vietnam peace talks have stalled, more after this.
MUTED ANCHOR: What the fuck??! Who ate my fucking Goddamn yogurt! You all know that’s my motherfucking yogurt!
ME: (talking in announcer’s ear) We’re back in 3,2,1, cue.
ANCHOR: Moving on to sports, here’s Howard Cosell.
MUTED ANCHOR: God fucking damn it! This is the third time this month my motherfucking yogurt is gone! I will find you, you cocksucker  and I will FUCK YOU UP!!

I know you think I’m making this up. And I also know for a fact that as Garry is reading this, he is rolling on the floor laughing.

My point is, this is a milestone. On January 11th, the year of our lord 2018, a miraculous thing happened. Trump overturned FCC vs Pacifica. The mainstream media got to say one of the Sacred Seven Dirty Words.

Broadcasters are loving it! Now that the precedent is broken, where can we all go next? Oh right — there are still six more dirty words!

So, to sum up this president’s legacy:

You can’t make this shit up. But at least we can say shit now! Thank God, because the president is doing his damnedest to turn this country into a real shithole.

We are all in such deep shit. On top of everything else,  we’re going to need 7 new dirty words.