The Ambiguity of Our Times

Ambiguity. That’s when you say “I love you,” but pause afterward and think (out loud) that you used to love other people and you don’t love them anymore, so maybe loving you doesn’t really mean very much.

That’s how I feel about “Our Power President.” 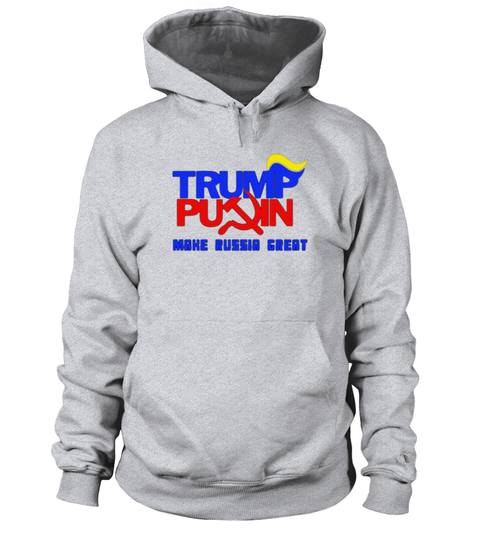 He is making America great. Again. Because our previous greatness wasn’t “his” kind of great.

He has solved all our problems, yet somehow, none of them seem solved. But that’s only because the press lies all the time and refuse to admit all the important fixes he has made in the world. 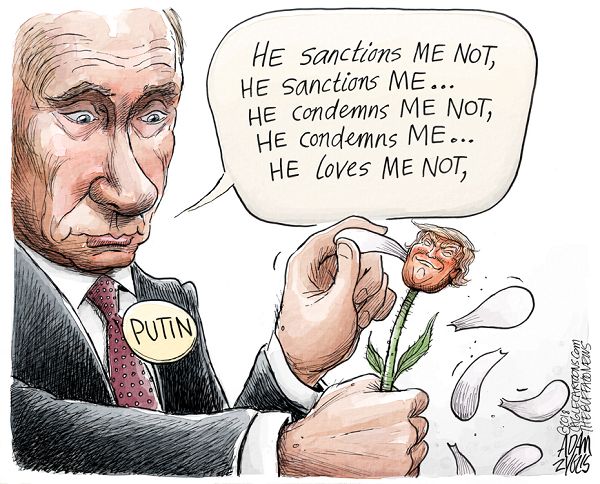 Meanwhile, the kids are still living in baby jails. Kim Jun Un has a lot of rockets and no intention of giving them up. Russia is taking over the United States and our Chief Moron doesn’t seem to notice. We are going to be a new — and really BIG — satellite of Russia. Cool!

Russia is very good at taking over other countries. It’s one of their “things.” At one time, they dominated more than half of Europe and were working on Asia and Africa, until the Chinese beat them to it.

We used to be pretty good at it ourselves, but now, we bow and suck up to Putin. 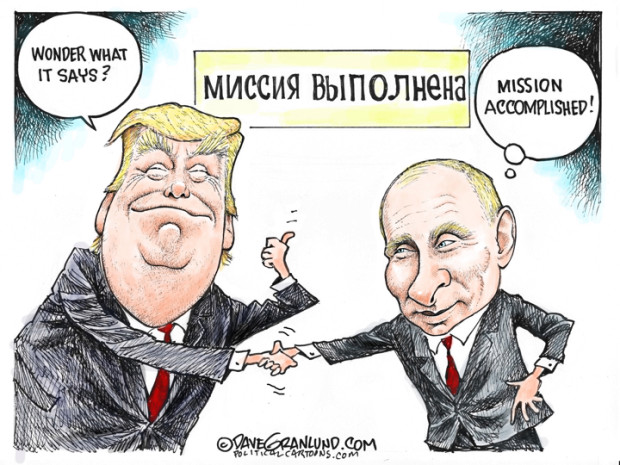 I’d like to know why this is true. What does Putin have on Trump? It can’t just be something sexually embarrassing. It’s got to be something seriously illegal in an international kind of way. Will we ever know what it is?

Thoughts on the matter?