It has been one of those weeks. We were supposed to go away at the end of the week to celebrate being alive and surviving this year, but happenstance really happened big-time. First, I got sick. I wasn’t sure I was sick until I talked to Cherrie and she had the same thing and then Garry came down with it. I guess that means I had something. It’s one of those stomach things, so it will go away pretty quickly (usually they only last a few days), so I’m not going running to the doctor for something that’s just “going around.”

As it happened, one of the people we would be have been visiting has to be in the hospital soon. People with contagious things don’t go visiting people who are having surgery soon. It’s just … well … rude. Unhealthy, too.

Then there’s the wall of the house. As concerned as I am about getting the insurance company to throw a few dollars our way (ONE year’s payment of our home insurance bill would more than cover the issue and we’ve been paying for a long, long time — 19 years on this house and 10 on the previous one — but they don’t “pay.” They collect.

On the upside, Karin — who we were going to be visiting but now aren’t — dropped by this morning with her business partner and Garry got to jabber a bit and it was fun to actually have company. She commented that this is a really lovely area — which it really is. It’s a gorgeous area despite the terrible weather we’ve been having.

Owen then came over and put a new pillar under the back deck. The pillar is on cement, so it isn’t going to sink. It used to be attached to the house, but the attachment came loose. Propping it up seemed a better deal than getting a new deck. That’s a few thousand dollars and basically, there’s nothing wrong with this deck except that it has come unhitched from the house. Now, with a double-strong wooden pillar propping up that corner, it is unlikely to go anywhere. And he got the job done in under two hours. Go, Owen!

I’m still trying to get hold of the contractor. It’s a busy — SUPER busy — season for contractors. Not only is everyone desperate to get something fixed before winter drops by, but it’s hunting season. Big time. And contractors have an odd way of drifting away even when they are in the middle of a job. So I want him to come, but I have to cajole and coddle him. Can I bribe him with cookies?

And yesterday, because how loud can anyone hint before someone else gets the message, Garry bought me a brilliant purple orchid. Which meant rearranging the dining room by pushing the table against the French doors. We can use it as a sideboard if we are serving and everyone can drift off to eat wherever they are most comfy. And my flowers look so much better. 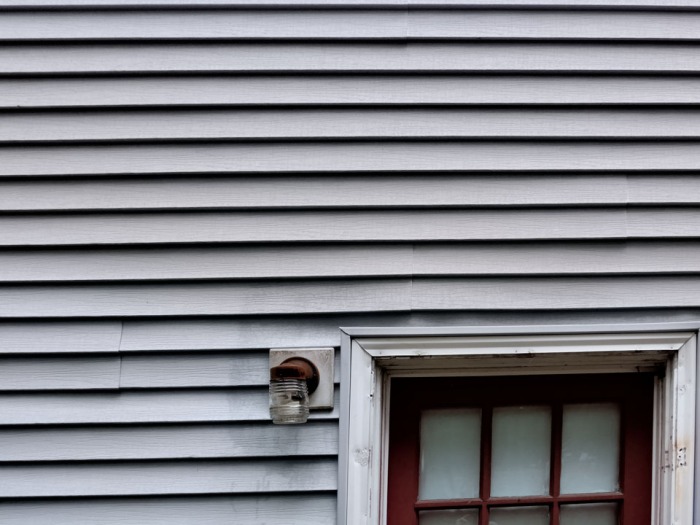 As it happens, happenstance won my day. I happened to have a new coffee machine because the old one croaked and new flowers to dream about. Garry feels a little better than yesterday and I don’t feel any worse, which is something.